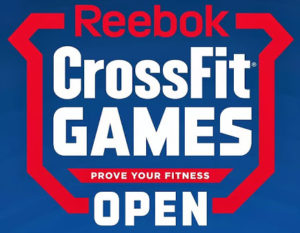 Register for the Open

The CrossFit Games Open is the world’s premier test of fitness. Since 2011, the five-week five-workout online competition has accurately ranked the fitness of thousands of competitors.

Held in CrossFit affiliates and garage gyms, the Open is designed to be accessible to all athletes while rigorous enough to challenge the world’s fittest. Fourteen-year-old high school freshmen compete in the Open, as well as their 77-year-old grandparents and everyone in between.

Sign up for $20, do the workouts, enter your scores, and you will be ranked in relation to your peers in your age division, competition region, state and country.

Workouts are released online each Thursday and athletes have until the following Monday to submit their scores.

The CrossFit Games stand alone as the ultimate test of fitness. No test, regardless of its lofty claims, can grant legitimate title to the best without first providing access to all.

The Games season begins with the online Open. Registration is open to all comers. All you need is $20, access to basic equipment commonly found in CrossFit affiliates, and the will to compete in the five-week, five-workout competition.

More than 272,000 people from around the globe competed in 2015. As the largest CrossFit community event of the season, the Open ties together athletes from within the same gym to those in their broader city, country and world.

For five weeks, you—and the hundreds of thousands of other people who signed up—are at the whim of the Director of the Games Dave Castro, taking on workouts that may push you to learn a new skill, improve the skills you already have, or go into a darker place than you’ve ever been before.

You can complete the workouts at a participating CrossFit affiliate in front of a judge, or film your performance from anywhere you want and submit a link as proof.

The week’s workout is released each Thursday at 5 p.m. PT, and scores are due four days later (before 5 p.m. PT Monday). You are free to make as many attempts at the Open workout as you please; your only limit is time.

The best of the best will use the Open to launch themselves into the next stages of the Games season. Though for most, the Open is an end in itself. Completing the same workout as the world’s fittest athletes is an accomplishment, as is logging a score for all five weeks.

Each time a workout is released, athletes will be given two versions: Rx’d and Scaled. With reduced loading or less challenging movements, the scaled option will be designed to make the Open even more accessible.

When looking back at this past year, I cannot hel...

While the team competition has been fierce at Gra...

Our experience of the 2017 CrossFit Games